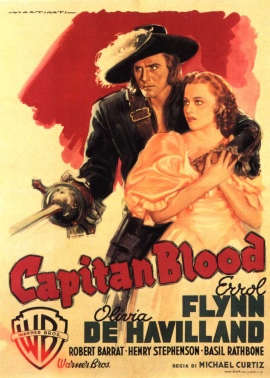 Tune in to KZSC tomorrow at 2 pm (Pacific time) for the Calypso episode of Muse-Tripper! West Indies Calypso music is so crazy interesting to me right now, because:

1. It totally makes you picture lying on a white beach in the Caribbean, with a glass of rum in hand.
2. West Indies slaves used this music to protest against their inhumane conditions, while also documenting the history of Trinidad and Tobago.
3. Pirates.

That last one actually has to do more with a book I just finished, which takes place in the West Indies of the 1600s. Captain Blood by Rafael Sabatini is an adventure-pirate-romance classic, and is loosely based on the (mis)adventures of Captain Morgan, a.k.a. Blackbeard, a.k.a. the most daring pirate to ever actually roam the seas. The protagonist begins his story by being sold into slavery in the Caribbean, so I’m sure he heard an earful of this music, too.

Here’s the link to the station again, in case you can’t physically scroll up: http://www.kzsc.org/listen/